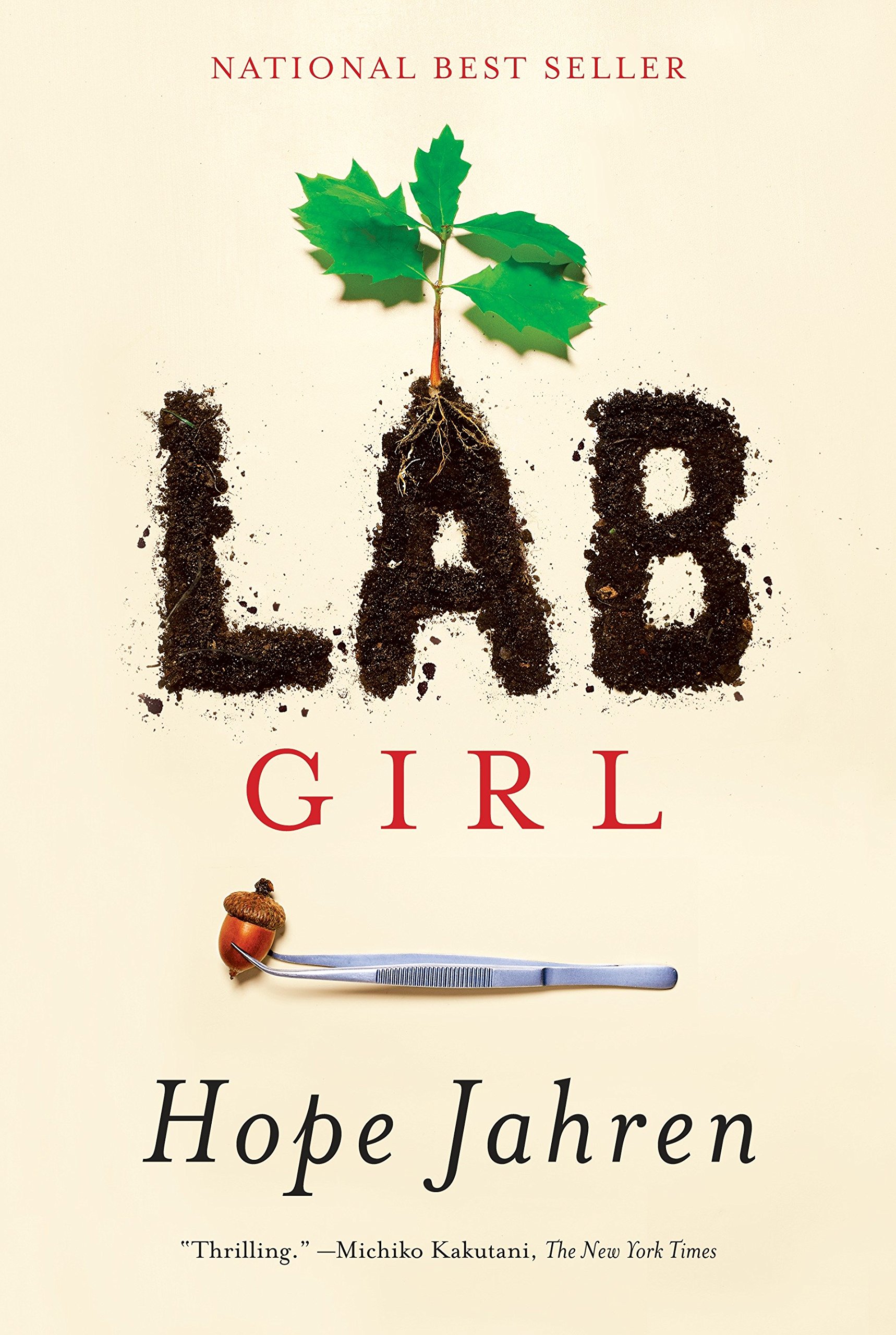 Acclaimed scientist Hope Jahren has built three laboratories in which she’s studied trees, flowers, seeds, and soil. Her first book is a revelatory treatise on plant life—but it is also so much more.

Lab Girl is a book about work, love, and the mountains that can be moved when those two things come together. It is told through Jahren’s stories: about her childhood in rural Minnesota with an uncompromising mother and a father who encouraged hours of play in his classroom’s labs; about how she found a sanctuary in science, and learned to perform lab work done “with both the heart and the hands”; and about the inevitable disappointments, but also the triumphs and exhilarating discoveries, of scientific work. [Source]

If you’re lucky, outside your window you will be able to see at least one tree. What kind of tree is it? How old is it? When was the last time you really paid any attention at all to the goings on of this tree?

In LabGirl, noted biogeologist Hope Jahren asks us to take a closer look at the plants that share our Earth. In part, her memoir is a love letter to the grasses, flowers, and trees which are so necessary to life on this planet and yet are so often overlooked or disregarded. These sections, in which Jahren speaks with an enraptured voice on the many fascinating aspects of the botanical world, are what works about LabGirl.

From the introduction, Jahren makes the case that anyone who observes something interesting about the natural world is officially a scientist. Children are born scientists, exploring and cataloging their environment with every sense they possess. It’s only as we get older that science becomes an intimidating, closed-off world with its own secret rules and language. Girls in particular often feel discouraged when entering STEM fields because they are given little respect or acknowledgement. Jahren’s struggles trying to scratch out a niche for herself in the scientific community are some of the funniest and more infuriating part of this book.

What doesn’t work so well is Bill. Bill is Jahren’s closest friend, valued colleague, and general right-hand man. A large portion of the novel is given over to how important Bill is, what a good friend he is, and how Jahren just couldn’t survive without him. The problem was I just didn’t get it. I could not for the life of me figure out why she is so enamored by Bill. Far be it from me to say that two friends are mismatched, but I almost felt like Jahren forces my hand by focusing so much of her narrative on how impossibly wonderful this person is. It started to feel less like a working relationship between scientists and more like two codependent people clinging together for no other reason than that they know no other way to exist.

I’ve always loved science in a “stars are pretty” kind of way, though I readily admit that the technical aspects go right over my head. I would recommend LabGirl for anyone interested learning more about plants and the scientists who study them.

A quick note on the Audible version. The audio book for LabGirl is narrated by the author, and makes for an uneven listening experience. Jahren is obviously going to be personally moved when detailing her own past experiences, but one more than one occasion she sounds as if she is going to burst into tears. During other sections when she is waxing romantic about her relationship with her colleague, her voice takes on a soporific effect that had me nodding off. A large portion of the book deals with Jahren’s ongoing battle with bipolar disorder, so perhaps the tone was an intentional choice made by the author and publisher. Either way, I found it jarring.

You can find LabGirl here on Amazon or here on Book Depository.  The Audible version is narrated by the author and can be downloaded here.