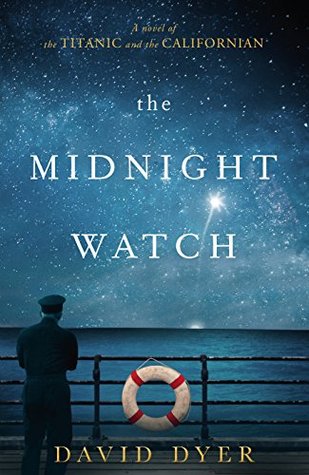 As the Titanic and her passengers sank slowly into the Atlantic Ocean after striking an iceberg late in the evening of April 14, 1912, a nearby ship looked on. Second Officer Herbert Stone, in charge of the midnight watch on the SS Californian sitting idly a few miles north, saw the distress rockets that the Titanic fired. He alerted the captain, Stanley Lord, who was sleeping in the chartroom below, but Lord did not come to the bridge. Eight rockets were fired during the dark hours of the midnight watch, and eight rockets were ignored. The next morning, the Titanic was at the bottom of the sea and more than 1,500 people were dead.

I was ten years old when James Cameron’s Titanic was released, and like millions of young girls in 1997, was completely obsessed with the film and the boyishly handsome, adorably baby-faced Leonardo DeCaprio. Twenty years later, my love for Leo has never faded, and neither has my interest in the story of Titanic and its place in history.

The Midnight Watch has the odd challenge of trying to sustain a narrative using characters that were only indirectly involved in the events of April 14, 1912. The story of the Californian, which was the nearest ship to the Titanic on the night of its sinking and could potentially have saved the lives of the 1500 people who died that night, is more of a footnote in the larger context of the Titanic story. The failure of the Californian to respond to the Titanic’s distress signals is one of the countless bits of misfortune that all came together to cause one of the most famous maritime disasters in history. Even James Cameron, whose insistence on historical accuracy during filming bordered on obsessive, did not include the Californian in his film. stating that switching perspectives to another ship took away from the feeling of isolation that the passengers on the Titanic must have experienced that night. In a way this book reminded me of Rosencrantz and Guildenstern are Dead, another instance of “background” characters being given the full spotlight.

Author David Dyer needed to present a cast of characters strong enough to make us forget that our old favorites such as Captain Smith, Thomas Andrews, Bruce Ismay, and Molly Brown are conspicuously absent. He splits his narrative between Second Mate Herbert Stone, the watchman who first saw the white distress rockets sent up by the sinking ship, and Steadman, a bulldog journalist on the hunt for the truth about the Californian. Stone is plagued by guilt and indecision when he wakes up the morning after his midnight shift and learns the fate of the Titanic. His story is sympathetic, but pales in significance when viewed next to the deaths of over a thousand people on the Titanic. Steadman is the archetypal hard-jawed bourbon-soaked workaholic newspaperman from the turn of the century. His only defining characteristic is that he somehow manages to chase down leads and secure interviews with various higher-ups all while being soddenly drunk.

I did enjoy Dyer’s meticulous attention to detail, particularly when describing the Californian and its crew. Dyer worked for years as a ships officer, and he is clearly writing from a place of experience. I don’t know much about naval terminology besides port and starboard, so I enjoyed learning a little bit more about steamer ships. Also, it’s refreshing to read a completely different perspective on a well-known event. One of the things I love most about historical fiction is its ability to help me think of an issue from a variety of angles. The Midnight Watch offers a unique and creative approach to the enduring legend of the Titanic.

You can find The Midnight Watch here on Amazon or here on Book Depository!