Thalassophobia: an intense fear of the sea and what lurks beneath.

After her older sister is lost at sea while filming a monster-hunting style show on mermaids, Tory Stewart agrees to ship out with the crew of the Melusine as they travel to the oceans around the Mariana trench. The goal is to dive to the depths of the Challenger Deep to seek out the mermaids that legends say still dwell in the waters. Hopefully they’ll be able to solve the mystery of what happened to the first vessel. Once there, the group of scientists finds out that looking for monsters and finding them are two very different things.

Mira Grant is one of my favorite authors. Her Newsflesh trilogy, about the aftermath of the zombie apocalypse, is utterly brilliant. The Parasitology trilogy, about sentient tapeworms taking control of their human hosts, is equally well written. So when I found out that Grant was releasing a stand-alone novel, I was thrilled. My excitement grew when I found out that the plot was going to be centered around the deep ocean.

Being in the deep sea makes me intensely uncomfortable. This might be due to the fact that I grew up in a landlocked state and never saw the sea until I was seventeen. I’m great on boats, and I’m perfectly happy in shallow water. I’ve even tried scuba-diving twice. But the moment that I can no longer see the seabed my heart rate instantly goes through the roof. It’s the same with lakes as well, and it’s a pretty straightforward fear. I don’t know what’s down there. Even worse, I understand enough of marine biology to know what’s down there, and I want no part of it. I went into Mira Grant’s Into The Drowning Deep knowing (and hoping) that it might scare me. Boy was I right.

In the year 2022, humans have polluted the Earth to the point of a mass die-off of both land and marine life. Grant does not try to hide her strong environmental message. Leave the orcas alone, stop dumping things into the oceans and the air. Or don’t be surprised when drought, famine, and fires sweep the planet. The hubris of mankind has brought us low in Grant’s novel, and the main characters are scientists who are just trying to mitigate the damage.

This is a science fiction novel with a strong horror theme. There is one amazing scene where Heather, a young scientist, is taking a personal submersible into the chasm of the Challenger Deep. As the blackness and the pressure mounts, the tension rises to a screaming pitch. It is claustrophobic to the point of being physically uncomfortable. What Heather finds at the bottom of her journey sets in motion the rest of the novel’s action.

The basic plot centers around one simple question. What if the mermaids of our mythology looked, not like this: 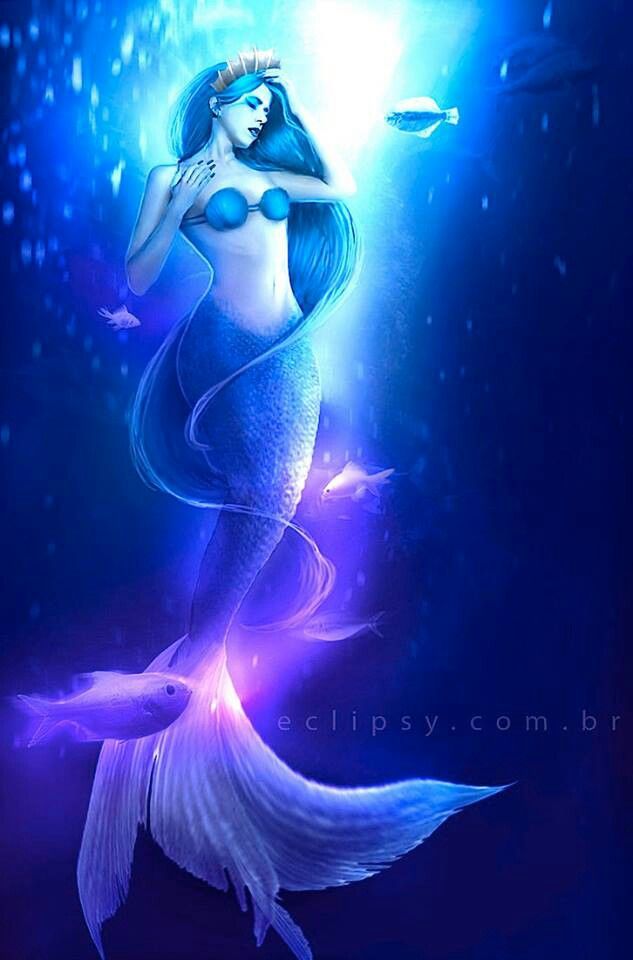 beautiful, nubile, pageant queens of the sea. And more like this:

Grant’s “mermaids” are carnivorous, intelligent, and, utterly in their element both in and out of the water. The scientists on board the Melusine are so egotistically wrapped up in their new discovery that they never stop to think that the “mermaids” chose to be discovered at the proper moment. Of course, not until it is too late.

One of my favorite things about all of Mira Grant’s books is that she has a very pure idea of science fiction. There is actual science present, but it is accessible to the layman. I always come away from one of her novels feeling as though I’ve learned something; in this case about the Mariana Trench, the Challenger Deep, why the ship is named the Melusine, and more. Her main characters tend to be female, and even better, females in STEM. I love the idea of young women reading this novel and having their imaginations sparked by the pursuit and discovery and danger inherent in the exploration of our world.

I loved this book and would recommend it to anyone who loves suspense, the sea, and the thrill of scientific discovery. I would not, however; recommend it for a trip to the beach. Or on a cruise. Don’t even take it in the bath.

You can find Into the Drowning Deep here on Amazon or here on Book Depository.

P.S. there is a short prequel novel entitled Rolling in the Deep, which centers around the crew of the first crew. I haven’t been able to find it at my library yet, but if I ever find it I’ll let you know what I think!

One thought on “Book Review: Into the Drowning Deep by Mira Grant (2017)”