And gave her mother forty whacks.

When she saw what she had done,

She gave her father forty-one.

In a small New England town in 1892, Elizabeth Borden screams for her maid that her father has been murdered. Police arrive and find the body of Andrew Borden hacked to pieces with what appears to have been an ax. The body of his second wife, Abby Borden, is later found upstairs, also killed by an ax blade.

The story of Lizzie Borden is one of those immortal stories that everyone seems to hear about growing up. She was arrested for the double murder of her father and stepmother, but was acquitted in spite of all the evidence. The jury simply did not feel that a women was capable of such a violent crime. It was an early case of media hype around a murder trial possibly swaying the verdict.

In her debut novel, Sarah Schmidt attempts to recreate the historical circumstances around the days leading up to the murders, as well as the morning that the bodies are found. We begin with Lizzie’s point of view as she “discovers” the her father dead in the house, and then switch perspectives to her older sister Emma, their maid Bridget, and a local man named Benjamin.

Schmidt’s novel, at under three hundred pages, is too short to be split between four perspectives. Instead of one well-developed narrative, the reader is given four half-developed narratives. Lizzie’s is by far the most intriguing since she’s so unreliable, but we spend far less time with her than I would have liked. Her sister Emma obviously detests her younger sister and yet feels a protective instinct to shield her from the realities of the world. I would have liked to have explored that sibling dynamic further. I have no idea why Schmidt felt the need to include their maid, perhaps it was so we could see the way that the family interacted from a dispassionate perspective? Either way, her chapters are infrequent and add little to the overall story arc. The final character, Benjamin, could have been given a lot more to do, and is treated more as an odd red herring than anything else.

The thing is, you have to have someone to root for. If all the characters in a novel are unsympathetic, than logically it is difficult for a reader to feel sympathy towards them. I had hoped to find in this novel a different take on the Lizzie Borden legend. Instead, Schmidt touches briefly on the themes of sisterly love and feminine captivity, but then sacrifices that with repetitive narration that becomes increasingly difficult to follow.

See What I Have Done presents Lizzie Borden as mentally disturbed, possibly even mentally deranged. And let’s be honest, she probably was. 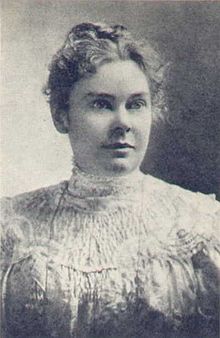 If anything, she had a very convincing case of crazy eyes.

One thought on “Book Review: See What I Have Done by Sarah Schmidt (2017)”