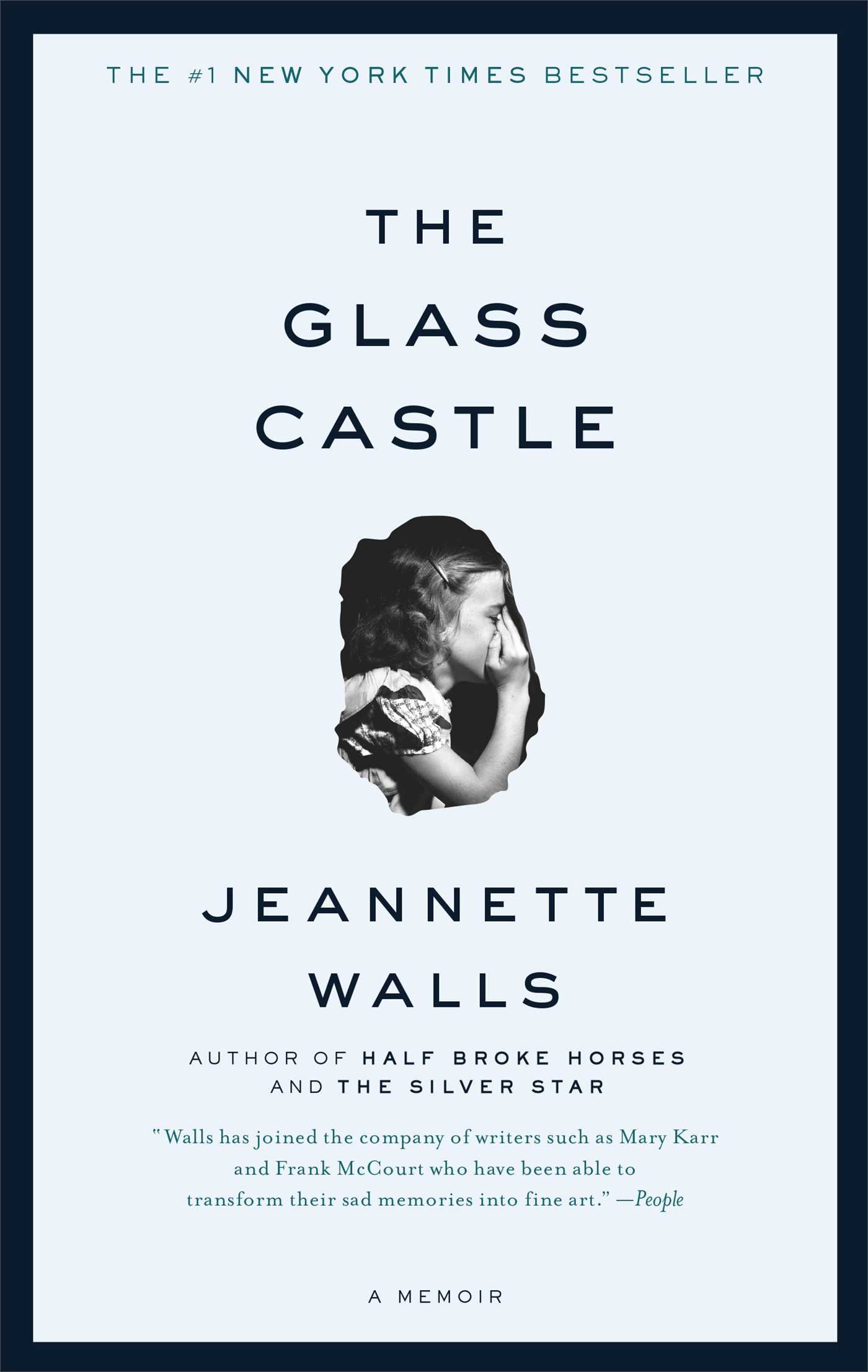 Jeannette Walls is born to parents Rex and Rose Mary Walls somewhere in the desert in 1960. At the age of three, she is hospitalized for severe burns acquired from boiling water for hot dogs after her mother refused to make her lunch. Before she has had time to heal properly, her father snatches her out of the hospital, claiming that doctors cannot be trusted. Her family flees in the night. It is not the first nor the last time they will do a “skedaddle”.

So begins The Glass Castle, a powerful memoir of a nomadic childhood spent in the type of crushing poverty most of us cannot even begin to imagine. Jeannette is raised as the ultimate “free range” child, whose sporadic education and lack of stability are touted as a wonderful adventure by her parents. Rex Walls is a manipulative alcoholic who steals from his family while at the same time drawing them dreams of a “glass castle” that they will all live in once he’s struck gold. Literally. His plan is to strike gold in the deserts of Arizona. Rose Mary Walls is a monster of selfishness who feels smothered by the needs of motherhood and would rather watch her four children go for days without food than lift a finger from her “artistic ambitions” to help them.

The only thing I can say in support of Jeannette’s parents is that they ensured she was educated. Not in the conventional sense, but all of the Walls children are well read and are taught to think and understand science, history, and mathematics at an advanced level. Rex Walls, for all of his faults, seems to have been an extraordinarily intelligent man. Which begs the question, what’s more dangerous, a dumb drunk or a smart one?

“When the electricity was on, we ate a lot of beans. A big bag of pinto beans cost under a dollar and would feed us for days. They tasted especially good if you added a spoonful of mayonnaise. We also ate a lot of rice mixed with jack mackerel, which Mom said was excellent brain food. Jack mackerel was not as good as tuna, but was better than cat food, which we ate from time to time when things got really tight.”

This book left me drained. By the time I finished the last page and closed its covers, I felt like I had run an emotional marathon from anger to despair to wild hope and back to fury again. You could group this memoir into chapters labeled by the five stages of grief. We begin with a young Jeannette who loves her Daddy more than anything in the world and is his stalwart supporter even after he throws the family cat out of a moving car. We move with her through anger as she lashes out as her parents for their lack of support, to bargaining as she desperately tries to get her father to stop drinking. We then sink into depression when she realizes that her parents love themselves more than they could ever love any of their children. We finally reach acceptance, where Jeannette realizes that she needs to cut ties with her family if she is ever going to have any semblance of a normal life.

I don’t have children, but most of my peers do and I’ve heard countless stories about the amount of sacrifice required to become a parent. It is taken as a matter of course that a parent will have to put their own needs and ambitions on hold to ensure that the tiny humans they have created are well provided for. The Glass Castle is an example of two people who refuse to do that, and instead seem to view their children as small humans who just happen to live with them. It’s also the story of how Jeannette and her siblings refused to succumb to the cycle of poverty. The Glass Castle was equal parts depressing and uplifting. I highly recommend it.

You can The Glass Castle here on Amazon or here on Book Depository. In 2017, it was also attempted into a film starring Brie Larson, Woody Harrelson, and Naomi Watts.

4 thoughts on “Book Review: The Glass Castle by Jeannette Walls (2005)”